On Tuesday, June 20, 2022, Russia demanded Lithuania to lift their “illegal” rail blockade of goods being transported to Kaliningrad, a Russian province isolated from the main Russian borders by Lithuania and Poland.

Lithuania has shut down the railway for transport of coal, steel, and other ferrous metals from Russia to Kaliningrad under EU sanctions that took effect on Saturday.

Now, Moscow’s foreign ministry has stated, “Russia reserves the right to take actions to protect its national interest.” What exactly does this mean? What actions will they take and when? And furthermore, what is the importance of Kaliningrad to Russia?

Kaliningrad is a Baltic seaport that is home to nearly a million Russians. It is connected to mainland Russia via a rail link through EU- and Nato- member Lithuania. Not only that, but it is also a key location in terms of national security for Russia. The Russian Baltic fleet has its headquarters located in Kaliningrad and nuclear-capable Iskander ballistic missiles have been deployed there previously by Moscow.

Nikolai Patrushev, secretary of Russia’s Security Council, visited the enclave on Tuesday to chair a security meeting there. He stated Lithuania’s “hostile” actions towards Kaliningrad showed that Russia cannot trust the West, further claiming the West had broken written agreements over Kaliningrad. Russian officials are furious with Lithuania – and the EU – over the ban of their goods to Kaliningrad.

How will this impact the current supply chain?

As Lithuania is part of the EU, should Russia decide to take military action against Lithuania, the entirety of the EU could be involved in direct conflict with Russia. Should this happen, the entire supply chain of Europe will be disrupted, including food, raw materials, electronics goods, and retail products.

There are multiple ways that SiliconExpert can help stay on top of supply chain disruptions.

We track geopolitical events closely and monitor any businesses within the affected areas as well as any neighboring or closely connected countries. Parts coming from this region are marked as higher risk depending on the severity of the situation. Customers are notified if any facilities within the affected regions are experiencing a disruption in production or supply. Even if it is a situation that the customer is not aware of, they will be notified if their parts in their BOM are affected and at risk.

Furthermore, if there are any drops in inventory or otherwise severe changes in pricing or lead time, then we send instantaneous alerts to customers with affected parts.

Learn how our BOM Manager can help you navigate difficult geopolitical situations. Sign-up for a 7-Day Free Trial today! 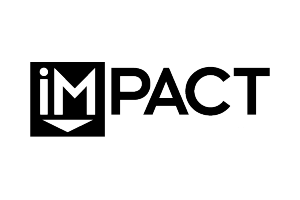